Today is Veterans’ Day (formerly Armistice Day) in the U.S. of A. First and foremost, I offer my thanks to those who have served – God bless you.

Since this is a game blog, I now offer Grit & Vigor stats for a couple genuine war heroes, Sgt. Alvin York and Audie Murphy. 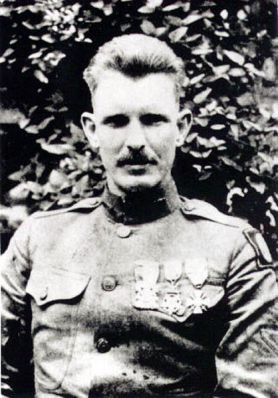 Alvin York was an odd choice for military heroism. When he reported for military duty during the First World War, he let his superiors know that, as a Christian, he didn’t believe that he could take part in fighting.

After many discussions with the camp chaplain, and a lot of soul searching, he finally decided that a Christian could fight if called to do so. With that, he was off to Europe, where he soon earned a Medal of Honor for, according to Wikipedia, “leading an attack on a German machine gun nest, taking 35 machine guns, killing at least 28 German soldiers, and capturing 132 others”. 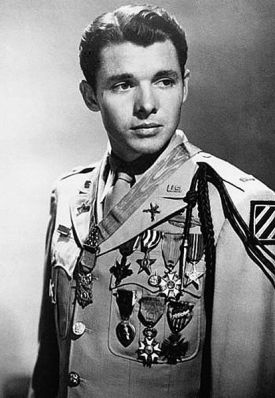 What Audie Murphy did in real life would seem unbelievable if you saw it in a movie. Serving in the U.S. Army in the Second World War in Italy, he took part in many distinguished acts of heroism. Via Wikipedia, here’s what earned him the Medal of Honor:

“The Germans scored a direct hit on an M10 tank destroyer, setting it alight, forcing the crew to abandon it. Murphy ordered his men to retreat to positions in the woods, remaining alone at his post, shooting his M1 carbine and directing artillery fire via his field radio while the Germans aimed fire directly at his position. Murphy mounted the abandoned, burning tank destroyer and began firing its .50 caliber machine gun at the advancing Germans, killing a squad crawling through a ditch towards him. For an hour, Murphy stood on the flaming tank destroyer returning German fire from foot soldiers and advancing tanks, killing or wounding 50 Germans. He sustained a leg wound during his stand, and stopped only after he ran out of ammunition. Murphy rejoined his men, disregarding his own wound, and led them back to repel the Germans. He insisted on remaining with his men while his wounds were treated. For his actions that day, he was awarded the Medal of Honor. The 3rd Infantry Division was awarded the Presidential Unit Citation for its actions at the Colmar Pocket, giving Murphy a Bronze Oak Leaf Cluster for the emblem.”

This was after several bouts of malaria and losing a bit of hip muscle to gangrene. Murphy left the U.S. Army as a first lieutenant, and later achieved the rank of Major with the Texas Army National Guard.

Happy Veteran’s Day to all you veterans!