I’m finally getting this post up on the cusp of a new year. In this post, I discuss the foundations of my non-existent Star Trek campaign.

First things first – My Trek is all about me. What I like, what I enjoy. It’s not a matter of opinion – of what is objectively good or bad or right or wrong. It’s just about what I like in my Star Trek. The point – you don’t need to argue with me here. Arguing with make what I’m writing way more important than it is or deserves to be.

So – what is My Trek – what elements shall make up my little campaign?

Since the animated adventures shared many key people with Star Trek – and since they’re fun and I love them (and wouldn’t think of running Trek without the Skorr and a 20-ft tall Spock), they’re in My Trek.

Although there isn’t much material in the planned sequel series to Star Trek that one could use, especially since it would all take place 7 or so years after My Trek starts, the Klingon material from The Kitumba is all valid for my purposes.

Star Trek Continues
I just love this web series, so I treat it as mostly official in my campaign.

Side Trek I
I’ll put a few of these asides into the My Trek posts. The Klingons in My Trek are the Klingons in Star Trek – sans bumpy foreheads and maybe with a little more individual personality than the later honor-and-war-is-all-we-know Klingons (not including Kheylar from Next Generation, who was fabulous). The Klingons live in a military dictatorship, with ten subject planets under their control. In one of James Blish’s novelizations of Star Trek, he notes that the Klingons are descended from Asian peoples – maybe dropped on their home planet, Ultar, as the Native Americans were dropped on Epsilon Beta.

So that’s the stuff that is definitely in the campaign, but there are other sources as well. Two key sources are James Blish’s novelizations of Star Trek episodes, and Alan Dean Foster’s novelizations of animated Star Trek episodes. They often add in little details and bits of color that I like. I also like the Spaceflight Chronology – with some work done on the timespan it covers – some other early Trek books like the Federation Reference Series, Star Fleet Technical Manual and U.S.S. Enterprise Officer’s Manual, and even some of the FASA material. These are mostly used for gathering little details, like some names of Klingon D-7 battlecruisers, rather than as key pieces of the puzzle. Again – my campaign starts when Star Trek starts, so PCs could create their own legends alongside Kirk and crew.

Outside of these sources, not much enters into my campaign. Just as old school gamers explored the early days of Dungeons & Dragons before so much new material was added to it in the 1980s and afterward, I like the idea of getting to know Star Trek before the Next Generation/DS9/Voyager/etc. rewrote substantial parts of it. This isn’t about not liking the later series, but rather treating them like the pastiches of Conan written by folks other than Robert E. Howard. I want to get to know what the show’s original creators and fans saw in Star Trek.

Side Trek II
I thought Deep Space Nine was okay – didn’t love it, didn’t hate it – until they got into the Dominion War stuff. I just didn’t give a rip about grandiose story lines about fictional people and places. I was reading about the making of the show recently, and came across the idea that the main bad guys in the show were originally going to be the Romulans, rather than Cardassians. That got me thinking about a 60’s era Deep Space Nine, with the Romulans as the antagonists and the Orions replacing the Ferengi as the mercantilists. It might be a location to use in my campaign – Deep Space Station K-9, near the Romulan Neutral Zone.

The key thing about My Trek is the overall vibe and ambiance. The campaign is very 1960’s in terms of its design aesthetic and “New Frontier” exuberance. It’s about hope, promise, adventure and exploration, of an alliance of free worlds trying to find new friends in the cosmos while dealing not only with the aggressive Klingons and the xenophobic Romulans, but also their own tortured past – overcoming the unknown as well as the less attractive aspects of what it means to be human.

Side Trek III
Some of the FASA Star Trek material is really useful, in terms of the starships and what they can do. One thing that struck me, though, was the number of space ships they imagined being built by the different entities. Hundreds and thousands of the things! I prefer to make spaceships a little less numerous, for a couple reasons. First, there is some reason from Star Trek to believe that the Federation’s resources are not unlimited. According to Kirk, there are 12 Constitution-class (or Starship-class) vessels active. Franz Joseph’s lists of other vessels lean towards more limited runs of vessels as well. There’s also a dramatic reason to limit the number of ships. If there are only a few big bad starships defending the Federation, losing one really means something. I like that. When devising how many vessels these various space fleets include, I’ve actually used the size of Earth navies in 1965 as a guide. Works great!

With the “Star Trek feel” in mind, there are some non-Trek works that I think work within the overall scheme. The 1959 TV series Men Into Space, for example, has a very similar feel to Star Trek in terms of its emphasis on exploration, engineering and science. If you haven’t seen it, I urge you to give it a shot.

So that’s My Trek. It’s about exploration and overcoming our own personal demons and it’s about having fun. It’s colorful and lively – no Beige Trek, no Lecture Trek.

Up next, I’ll talk a bit about the supplemental rules and guidelines I have devised for the My Trek campaign to cover promotions and spaceship battles. 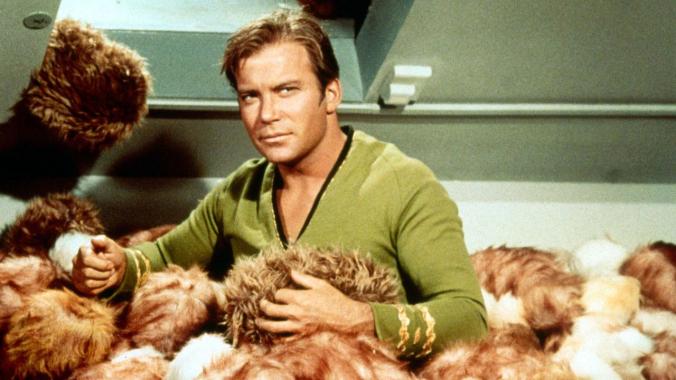 A couple months ago, I was nearing burnout in terms of writing and publishing game materials – and I didn’t even know it. I was working at my normal pace, and although there were a few indications I was hitting the wall, I was still getting things done. When I started goofing around with Star Trek, though, I was soon to diagnose my coming burnout.

It started with my daughter wanting to watch all the Star Trek that had been made in the order in which it was set (more or less). She started with Enterprise, which I watched with her (still frustrated at the close-but-no-cigar aspect of the show), and then we watched Star Trek. Yeah – I just call it Star Trek, because that’s what it is. When you’re the “original series”, you don’t need an amendment to your title. We followed up with the animated Star Trek, the Star Trek Continues (because I like it and think it was worthy of inclusion), then the movies and now on to Next Generation – we’re on season 3 I think.

In the midst of this, I started getting the Star Trek bug, and found a copy of the first Star Trek RPG, which I reviewed on this blog a while back. This got me to designing a Star Trek campaign (hence, My Trek) that I knew I would probably never play, but wanted to do anyways. And here’s where I discovered my potential burnout. I started having so much fun goofing around with Trek, that I just plain stopped working on my writing. I have an issue of NOD that is written, edited and ready to go … and I’ve just let it sit there for a couple weeks. I could publish it today … but I don’t think I feel like it. The writing and publishing, as much as I enjoyed it, was becoming work, and so messing with Star Trek became not just a vacation, but really more like playing hooky. When writing game materials for myself feels like playing hooky for writing game materials for others, you know you’re heading for burnout.

To avoid that burnout, I’ve indulged myself with good old Star Trek. I followed up my Star Trek RPG purchase (and I do love that little game dearly) with an old Star Fleet Battles rulebook (which I found overly complicated – so I wrote my own version, which will appear in future posts), and then the Spaceflight Chronology, Star Trek Concordance, the book about Star Trek Phase II and a bunch of the novelizations of the animated series (though if I’m honest, I prefer Blish’s novelizations of the old episodes to Alan Dean Foster’s animated episode novelizations). I have created massive databases of star systems and starships for my probably never-to-be-played campaign, created my own map of the Star Trek universe, made a nice little time line graphic of Starfleet, Klingon and Romulan vessels (at least, the one’s I think are cool) and have written a handy little campaign guide for prospective players.

The lesson here: Watch for a burnout (of any kind), and deal with it before you suffer it. That way, you don’t lose a thing you really love and value, plus maybe you pick up a new thing to enjoy along the way. That next issue of NOD will be published, and next year I’ll do my Deities book and maybe my Nodian Cosmos book and some issues of Nod, and I’ll do them because I gave myself a well-deserved break.

Next Week on My Trek: I’ll discuss some challenges and solutions to turning Trek into a playable campaign – specifically how you deal with tons of material that contradicts and conflicts (and, honestly, just doesn’t always fit into the same milieu despite being called Star Trek). 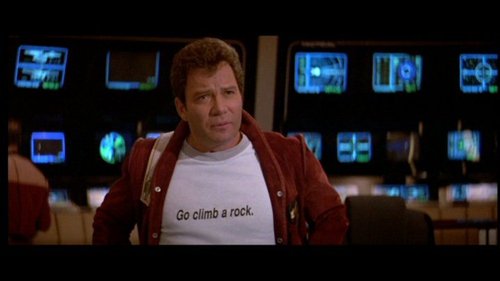 Good advice if we’ll only take it