If memory serves, I promised to do this post two weeks ago. How time flies! In between, the family has gone through a high school graduation and a college orientation, and I’ve written about 8 quarterly reports for my real job. But now it is time – some G.I. Joe vehicles for GRIT & VIGOR.

I’ve spent the last four weeks writing High Frontier, a setting toolbox for GRIT & VIGOR based on the “retro-future”, or the future that people in 1950 dreamed they and their children would enjoy from the 1960s to the futuristic year … 2000! We’re talking moon bases, space stations, space colonies, lots of cool airplanes and concept cars, etc.

Along the way, I ran across a Wikipedia article on a G.I. Joe fighter plane, and realized I could probably stat those up as well. Where possible, I used the specifications published for these vehicles, and I filled in the gaps with info on the real vehicles on which they were based.

Jet aircraft are given a generation [G]. This is added to the aircraft’s maneuverability (and thus AC) and attack rolls during combat.

These G.I. Joe fighter planes are based on the real Grumman X-29 (which appears in High Frontier). It is notable for its forward swept wings. 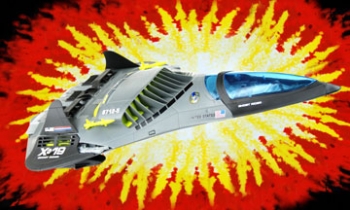 The Phantom is inspired (loosely) on a model that purported to be the “stealth bomber” (the F-117 Nighthawk) that turned out to look nothing like it.

The Cobra Night Raven was based loosely on the SR-71 Blackbird (which means Cobra was as good at hacking the Pentagon as the Chinese, Russians, etc.) 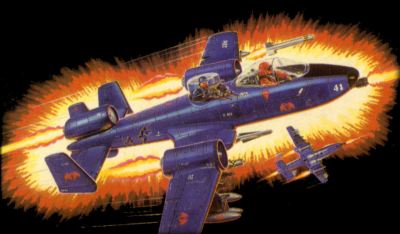 The go-to combat aircraft of Cobra in the cartoons. 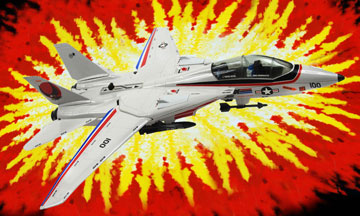 The Skystriker was G.I. Joe’s principal combat aircraft (and clearly superior to the Rattlers).

I don’t normally do this, but I have three new books out and about at the moment, so a little self promotion seems appropriate. Tomorrow I’ll find some time to do that G.I. Joe post I mentioned last week.

NOD 32 features a new hex crawl that is right next door to the Nomo crawl from last issue. Nomo was a falling empire, but in Kisthenes the whole world might be going straight to Hell … or Chaos. The nomads have conquered the great city of Ishkabibel and are now using its wealth and power not only to conquer the rest of Kisthenes, but to bring Tiamat (yeah, that Tiamat) into the material world from the Chaos beyond reality. Worse yet, the other cities of the plain are joining in, abandoning the old gods and gestating their own super-beasts to go toe to toe with the Queen of Chaos.

A new class that is fitting for this issue, the Prophet is a different kind of divine spellcaster, one who is bringing the news of a new deity into the world and trying to found a kingdom in that deity’s name.

The gods and goddesses of Mesopotamia 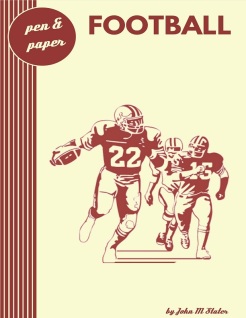 Pen & Paper Football is football without the commercials, endless merchandizing and prison sentences. A few dice and some paper is all you need to simulate an American football game. Just find some friends (or play solo), roll up some teams and pit them against each other in League Play, which requires eight simple dice rolls to play a game, or in Head-to-Head play, which simulates a game play-by-play.

P&PF has all the rules you need to play a whole season of football, with rules for passing, running, kicking, penalties, injuries and even off-season rules for team development. There are dozens of sample teams you can use and handy record sheets for teams, leagues and games.

I finally have the paperback version of this issue of NOD up for sale at Lulu.com. Here’s the description:

NOD magazine begins its fabulous eighth year with a full hex crawl covering the crumbling empire of Nomo, a Romanesque city that has lost its emperor. As the empire slowly falls, opportunity for adventures abound. The hex crawl includes three mini-dungeons and hundreds of places to visit.

Two old school classes, the Centurion and Dervish, as well as ideas for anti-classes designed to foil fighters, magic-users and thieves.

Rules for playing poker in GRIT & VIGOR, as well as a gambler sub-class

Plus some ideas on votive orders and on introducing the most horrific concept into fantasy gaming ever conceived … Taxes! 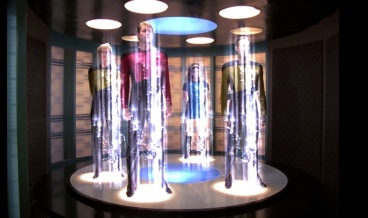 Teleport and teleport without error are old spells, and in the old school they leave the look and feel up to the imagination. Here are a few ideas on what teleportation might look like …

1. You appear line by line, like being printed by a dot matrix printer in the 1980s

2. Appear as free-floating fetus and age into current form

4. Coughed out of the 4th dimension like a hairball

5. Appear in blink of eye, but all people in area have to pause briefly and then move slightly when you appear, as though on an old TV show

6. Trapdoor opens in sky and you fall out

7. Beam in like Star Trek – lots of noise and sparkles

8. Appear in puff of smoke with a musical fanfare

9. Hole appears and you crawl through it

10. Door of light (or shadow) slides open (like automatic door) and you step through

11. Miniature volcano grows from ground and you erupt out of it

12. Swirling cloud forms in your shape and then gradually becomes solidified until it’s you

13. Lightning strikes ground and leaves you when the dust clears

14. Your form is poured like silvery, bubbly liquid that falls from the sky – you emit a small burp when you finish forming due to the ethereal carbonation in your system

16. Velvet curtains held aloft by cherubs parts to reveal you in all your glory

17. A giant hand descends from the sky with a paint brush and paints you into existence

18. You appear as a wavering hologram that slowly becomes real to the peal of invisible gongs

19. Your hand appears holding a wand, and slowly rises from the ground revealing you (and of course ending on your arm extended above your head

20. Purple smoke seeps up from the ground and you appear, genie-like (or Jeanie-like, if I’m being honest)