Most disturbing video of 2011? Perhaps …

Weird Al aside, just want to take this opportunity to thank everyone who made 2011 a good year for me. I spend my days researching the Las Vegas commercial real estate market and the economy in general, which has been both interesting and depressing for the last few years (and just wait for 2012 …), but the year has been pretty good overall. I’ve had the opportunity to do some TV interviews here in town, which has bolstered my real job. The family is healthy and happy, by and large, and I’m thankful for that.

On the hobby side, I want to thank all of the kind folks who read the blog and buy my goods – you’ve made a dream come true for me. I want to thank Bill Webb and Frog God Games for giving me the opportunity to be published by someone other than myself (Hex Crawl Chronicles – available now!), and for the opportunity to work on Tome of Horrors Complete and the new Rappan Athuk conversion. I’d also like to thank the players of my Google + Mystery Men! game, which is proceeding nicely through the Dark Renaissance storyline (the heroes are now split between Washington D.C. and Greenland – who knows where they will go next).

For those who didn’t have such a banner 2011, I pray that 2012 is a better year. Economics and finances is a big part of life, but it is only one part of life. Many folks who lived through the Great Depression learned that lesson and a few of us old timers (well, middle agers maybe) were lucky enough to spend time with those folks, who were our grandparents to hear about their experiences. That said, when the wolves are at the door, it’s hard to pay attention to much else. The best we can all do in 2012 is to be creative, productive and optimistic.

In two years (well, really more like a year and a half) I’ve managed to scrawl out 12 issues of my own little magazine. I’m hoping for another six issues in 2012.

NOD 13 (Feb ’12) should feature three more rings of Hell – Abaddon, Gehenna and Stygia. I should manage to get the different shades of dragons in this one, as well as some more Mystery Men! content. I have one more level of the Pleasure Palace of Izrigul I want to produce, but I’m not sure when it will happen. Sometime in 2012 for sure. By the time this is out, I hope Space Princess will also be out, allowing me an opportunity to play with sci-fi a bit more in the magazine.

NOD 14 (Apr ’12) will delve into Dis, the massive city of Hell. I’m hoping to do something interesting with this one – more of a metaphysical crawl through the back alleys of the mind than a proper city with streets and buildings. We’ll see. Hopefully Blood and Treasure will be completed by the time this issue arrives.

NOD 15 (Jun ’12) will kick off Summer with the final installment of the Hell hex crawl, right down to Hell’s frozen heart and the great escape through Lucifer himself. God willing, I’ll have begun work on Action X by now. I also hope to complete a Pars Fortuna dungeon for this issue.

NOD 16 (Aug ’12) will leave Hell behind for the savannah of Pwenet and the jungle basin of Cush. I’ve already submitted an excerpt from this Africa-inspired hex crawl to Fight On!, and this issue will take up half of that complete hex crawl.

NOD 17 (Oct ’12) will feature the city of Iksum on the savannah of Pwenet. Iksum has a small part to play in a future adventure set in Nod that is being written by Greg Vaughn, who does work with Frog God Games. I have no idea what else will show up this far in advance.

Besides Nod, I’ll be working to finish Space Princess, Blood and Treasure, Action X, Queen and Kaiser and 1800 – American Empires. I have a few mini-campaign ideas for NOD, including one based on the Bowery Boys/East Side Kids movies. I had wanted to do a couple other mini-campaign things in 2011 that didn’t materialize, and perhaps they will show up at some point in 2012 (post-apocalyptic Great War and giant robots). Some folks have asked for a compilation of classes that have appeared in NOD over the past couple years, and if I hear from some more people interested in such a thing, I’ll see about doing that as well.

Oh, and if the Mystery Men! Dark Renaissance campaign on Google + comes to a close (which I think it will), I’d like to start a new campaign … maybe a crazy MM! campaign based on the comics of the Silver Age, but more likely something with Pars Fortuna or a Nod hex crawl. A cruise along the highways of post-apocalypse America with Mutant Truckers could be fun as well, and might not take too much time. If you’d be interested in playing such a game on Google +, keep your eyes peeled for announcements on this blog.

So, to close this ridiculously long blog post (and blogging in general for 2011) – Thank You! I hope I can continue to entertain folks with my writing in 2012 and well into the future. If any of you need some help making your own ideas materialize, feel free to call on me – I’ve been very fortunate these last two years, and I’d love to help somebody else realize their dreams in 2012. 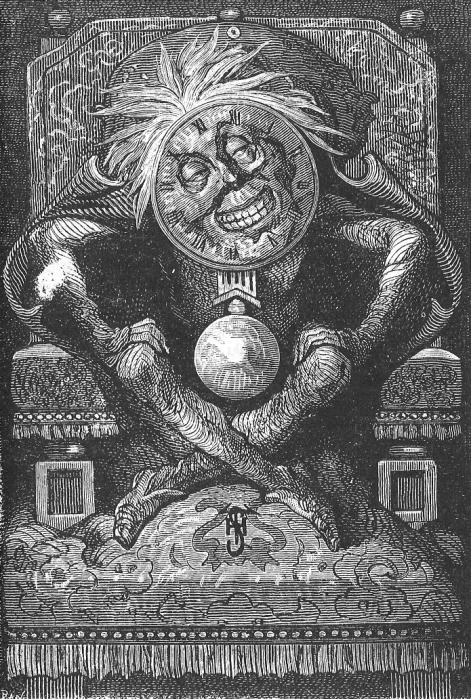