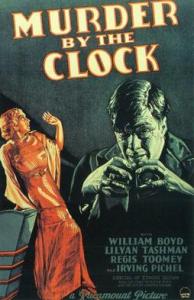 One of my favorite genres of movie is the mystery. I’m not talking about film noirs and gangster pictures – though I love them as well – but the films in which a wealthy man or woman is found dead in her mansion, and a detective has to weed through a bunch of suspects to find the real killer, all the while more victims are piling up.

This sort of plot can be a fun diversion for a game of Grit & Vigor, provided you have players interested in such things. A small group of players, from one to three, works very well with such a mystery. Usually, one player is the head detective and the others are his or her assistants. To get you started, here’s a handy list of potential suspects. Roll as many times on the table as you see fit, but the more suspects there are, the longer the mystery should take.

Each suspect should have two of three of the following – motive, means and opportunity. One suspect, the murderer, has all three. Each suspect should also have a piece of information useful for solving the crime. It is the job of the detectives to clear the suspects and gather the clues, all the while running against the clock as suspects (and their information) are eliminated by the murderer. The murderer will try to eliminate the most useful pieces of information first.

The action should all take place in a mansion, with nobody permitted to leave. In a pinch, use a Clue board for the first floor, with note cards to represent the cellar, the attic and the upstairs bedrooms and any other rooms you want to include. A few useful clues should be spread around the rooms, so detectives have a reason to search them. The least useful clues should be the easiest to find.

One thought on “How to Referee a Murder”