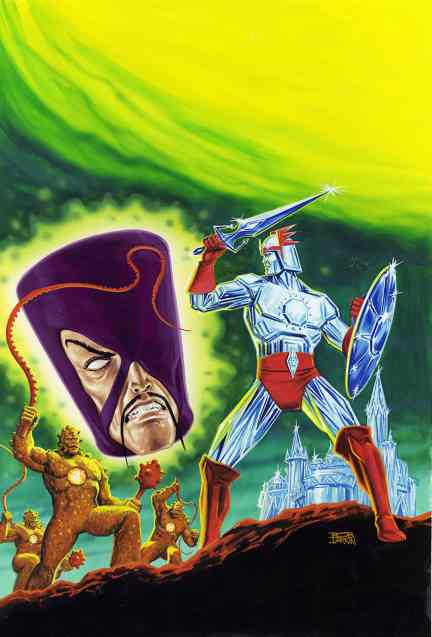 We’ve done the granddaddy of Swords and Sorcery – that Cimmerian guy – and his female counterpart – the red head. I delved into cartoons with She-Ra. Now to go into another character that mixes Swords, Sorcery and Superheroes … Crystar.

Crystar was born when somebody got the idea to use see-through plastic to make toys. In the Saga of Crystar his origin involved demon lords, magic crystals and such. Ultimately, Crystar became a living, fighting gemstone with a sword. Really, the Sage has everything you need for a good S&S game – demon lords, Chaos War, a guy named Feldspar.

Since I’ve got Crystar up there, I might as well stat up a couple similarly themed monsters.