During the 1960’s, beach movies by AIP (American International Pictures) briefly ruled the earth. As unfortunately as they might have been (honestly – I like most of them for exactly the reasons movie critics would tell me I should dislike them), their spawn were even stranger.

Enter Doctor Goldfoot and the Bikini Machine, a spy movie (kinda sorta) from AIP. Having just watched this movie over the weekend, I can report that is surprisingly high budget (for the time period and the quality of the picture), and even more amazing – not nearly as bad as it should have been. The presence of Vincent Price as Dr. Goldfoot probably has a lot to do with my forming this opinion, because I am an unabashed fan of his work. I also found the female lead, Susan Hart, surprisingly engaging as Diane (i.e. Number 11), the star of this particular blog post. 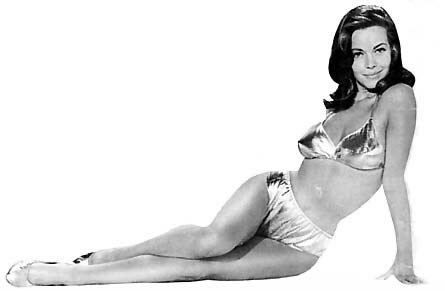 I’ll freely admit that I’m no expert on the subject of sexy fembots (though writing those words, I now am forced to wonder why not). I think Dr. Goldfoot may be the originator of the swinging, sexy, sixties fembots that plagued Austin Powers, International Man of Mystery. I know – Maria/Futura/Hel/Robotrix in Metropolis – but she didn’t swing like a pendulum do, so I’m not counting her. 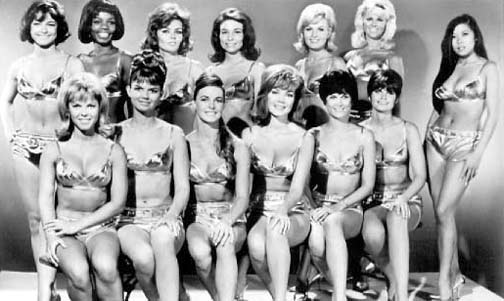 In this case, they are gold bikini clad and possibly made from actual body parts filled with robot parts. They are produced by a large computer-ish machine, so maybe the bio-ingredients are rendered down into a paste and sprayed onto the robot chasis. They appear to do their best to avoid going “all the way” (as the kids say), so whether they are physically capable of going all the way is certainly in question. Diane, Number 11, is said by Dr. Goldfoot to be the most perfect of them – though that doesn’t stop him from torturing her with electro-shocks and menial floor scrubbing when she fails in her mission.

Dr. Goldfoot’s plan is simple, and would make a great Mystery Men! adventure. He picks a millionaire out of a magazine, programs his fembot to know what she needs to know to get him, equips the fembots with opera glasses that can jab poison needles into the eyes of their rivals, or lipsticks that shoot laser rays to blow their rivals’ head’s off, and sends them off to get hitched. They then use their feminine wiles to get power of attorney and then hand over the millionaire’s wealth to Dr. Goldfoot. Nice scheme … and it almost works. Or maybe it does. They never actually establish the SIC (Security International Command if my memory serves) completely foils the mad scientist. 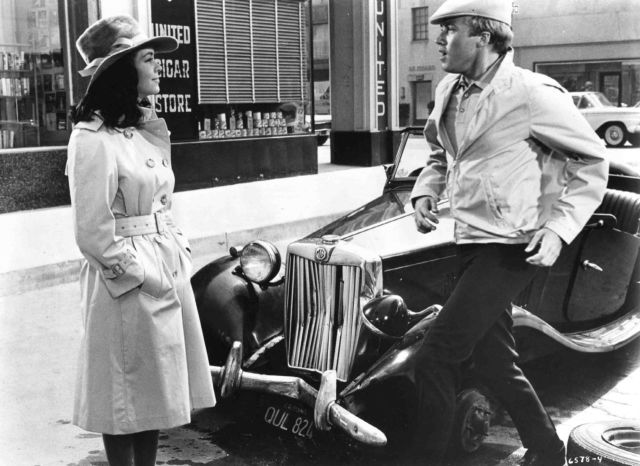 8 thoughts on “Of Fembots and Bikini Machines”