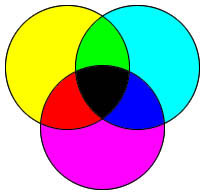 Now that I’ve covered all the various shades of “color dragons”, it’s time to pull one more blog post out of this concept and look at cross-breeds.

Dragons are haughty creatures, so interbreeding between different colors is rare. For one thing, they tend to live in different regions and are quite territorial, hunting in and defending their territory and rarely moving outside of it. But, in the course of draconic events, it does happen that a macho blue dragon will wander into the territory of a sexy green dragon and nature takes its course. The product is a dragrel (mongrel dragon).

Dragrels are not favored by their pure-blooded parents for a variety of reasons. First and foremost, inter-species couplings produce only a single egg. Since dragons are not rapid breeders, sitting on a single egg for several months is an inefficient way to survive. Dragrels are also smaller than pure dragons and wingless, resembling reptilian wolves or greyhounds. They are not as physically powerful as dragons, but make up for it with intelligence and magical ability, and this enhanced magical ability that makes them a threat to their parents. A dragon mother will hatch a dragrel, but then usher it out of her cave and only permit it to dwell in her territory for a few years. Finally, dragrels, like mules, are sterile, making them a genetic dead-end for their parents. Dragrels are always male.

Most dragrels live apart from other creatures, avoiding true dragons. Some move close enough to human or humanoid settlements to cultivate a small cult or following, trading their magical abilities and intellect for worship and tribute.

A dragrel’s scales combine the colors of its parents. You can roll on the following table to see how this comes out:

River Dragrel (cerulean father and moss mother)
When a gregarious cerulean dragon came across a moss dragon with an inferiority complex, he found her quite easy to charm. The result was Rochtorine, a dragon with cerulean scales covered by a winding pattern of mossy stripes. Rochtorine now dwells in the river county upstream from his mother, annoying travelers with his tall tales, insistence on tribute and need to outdo everybody he meets in everything they do (and tendency to destroy those he cannot best).

Pink Dragrel (white father and red mother)
There is an immense volcano that slumbers noisily in the northlands, its base covered in snow most of the year. A red dragoness dwells in a cave near the peak, toasting her scales in the lovely warmth, while an old white dragon, savage and canny, dwells near the base overlooking a creeping glacier. The two once produced an offspring that calls himself Kandovesus. Upon reaching maturity, Kandovesus beat a hasty retreat from the peaks into the wooded valleys below, and now dwells in a moss-covered cave in the shadow of his mother’s and father’s territories. He preys on travelers, selling them “protection” in return for an ox or a few baubles. Kandovesus has scales of a deep, coral hue.