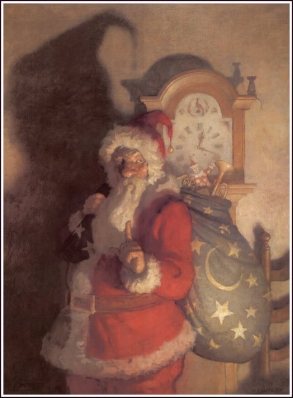 NOD #6 is written – will probably be around 100 pages. Now I just need to edit and illuminate, fix some maps (it’s always something with the dang maps) and get this puppy out there. If anyone out there would like to advertise something in this issue (gratis), let me know. I can’t promise to accommodate everything (nor can I expect to get anything), but contact me and I’ll see what I can work out. My goal is to publish by the 14th, so consider the 12th a hard deadline.

2846. Sometime in the mists of antiquity, the alien tsalakians, for reasons known only to them, constructed a vast maze of corridors, tunnels and vaults plucked from the sea floor beneath the waves. As the waters of Nod receeded, this maze came closer to the surface, so close in fact that it now lurks just beneath the calm surface of the Tepid Sea. The maze is difficult to spot, and many a ship has been dashed against its walls, the inhabitants of the dungeon’s upper levels preying on the shipwrecked sailors. Denizens of the maze include aquatic ogres and trolls, sharks, a team of squid-man adventurers and a veritable zoo of alien aquatic predators.

3023. There is a tranquil pond here filled with lily pads and surrounded by tiny cottages woven from grass, leaves, twigs and reeds. A village of 200 of frog fairies is situated around the pond. The frog fairies are ruled by Queen Anabeth. Although they are not welcoming of most strangers, those of lawful alignment will be allowed to rest and refresh themselves and give tribute to the queen. Besides its warriors, the village is protected by a dozen giant frogs.

3106. In the southern reaches of the forest, not far from the banks of the Danu, lies the infamous Castle of the Beast. The castle’s inhabitants were cursed years ago, its master twisted into the form of a beast (treat as a werewolf in hybrid form but without lycanthropy) and the souls of his servants trapped inside objects, unable to speak but still capable of carrying out their duties. Here, the beast broods and hunts and prays that someday the curse will be lifted.

The castle has a sinister cast to it. It is surrounded by well-tended gardens and vineyards, but the fields surrounding the castle are fallow and wild pigs and cattle can be found in the surrounding woods. There is a dilapidated landing and boat house on the Danu about 1 mile away from the castle. The landing is connected to the castle with an overgrown stone path. Warnings have been carved on the boathouse walls by the claws of the Beast himself.

Those who would storm the castle for its treasures will be sorely disappointed, for though the castle holds many valuable items (see below), those who possess them for more than a day have their souls trapped within them (per Magic Jar spell) until the curse is removed by a cleric of at least 10th level.

Treasure: The Beast’s treasure is in multiple trapped chests. It consists of 11,000 gold pieces. There is a winter wolf rug worth 1,000 gp stretched in front of the hearth of his great hall. The Beast wears an ivory broach carved in the image of his mother (worth 500 gp) and a weapon belt held with a silver belt buckle (worth 250 gp). Above his torn and tattered bed hangs a now-inverted holy symbol made of silver and platinum worth 750 gp.

3211. A deep, natural trench in this hex holds thousands of writhing man-sized giant centipedes, attracted, apparently, to a magic helm at the bottom of the trench. The helm is made of gold, and thus heavy and offering little protection. It is shaped like a skull-cap with a nasal guard and a crest composed of a number of rounded nubs. Wearing the helm makes it possible for you to communicate with vermin and for them to communicate with you. In addition, you gain the ability to “turn” vermin and oozes as a 3rd level cleric, but at the cost of 1d6 points of temporary wisdom damage.

3310. A seemingly abandoned village in this hex contains a remarkable sight – dozens of villagers and twenty ogres frozen into statues of quartz by some unknown agency. Some searching will reveal one robed individual, on hands and knees in a doorway looking out at the slaughter, hand raised as though in the process of casting a spell. In fact, the wizard is responsible for the spell and the attack. The ogres had been tracking him for several days, he being injured in a previous encounter and seeking healing. The villagers took him in, and he rested for a few days before the ogres arrived. The quartz effect is merely an optical illusion of people frozen in time until some other equally powerful wizard (Morthern is a level 9 wizard) can undo the incantation (known colloquially as Morthern’s Moment in Time).