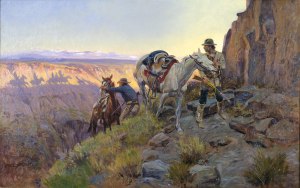 Man, am I busy lately. Here’s what I’m working on …

Still working on my April compilation – it will cover the Wyvern Coast posts (with about twice as many encounter areas), the village generator, the fighting-man classes and the psychic, the Gods of Ophir (with a few additional deities), the monsters of Africa and the “new” monsters that appear in the Wyvern Coast articles. I should be able to put something out late next week – later than I wanted, but I have to do a 3-day research conference in Chicago next week, and that’s going to slow me down.

Also still working on PARS FORTUNA, my randomized old school rpg (I’m thinking “Something New from the Old School” as a tagline?). It will have twelve race/classes, 126 spells drawn from various OGL sources, but have none of the traditional D&D spells, maybe 100 new monsters, the Boon system for tweaking characters, the spell interval system (maybe optional) and an idea I had for material components with spells, to add the traditional trappings of “magic” into the game. Oh – also all new magic items, designed to (mostly) be unique items. The trick on this one will be artwork, since all of the races and monsters are “never before seen” – if any artists read this, I’m thinking maybe $5 for black and white line art – is that too little?

For the blog – I have an article in the works on “trade items”, meaning valuable stuff that can replace coins in treasure hordes, or be used as inventory on merchant ships or in caravans. I’m going to put out my version of the thief and assassin, and then a few posts on Ophir, the City of Slaves. The Ophir material (like all urban areas) will focus on the part of town most often visited by adventurers, and then give some ideas of other important sites – so, map, encounters, maybe a mini-dungeon or two, etc. After that, I’ll start in on the eastern half of Map J11, which covers an Egyptian-style desert and the Pwenet savanna.

Onward and upward – and expect the “trade items” article later tonight. Thanks to all who have become followers and to everyone who checks out the blog. I’ll try to keep things useful.