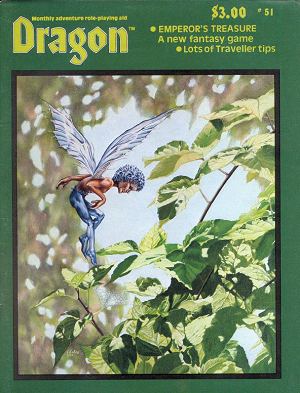 If I hadn’t been so busy with writing 2nd editions, I could have done this review in the same month it was published, just 35 years later. Oh well – can’t always get things done as quickly as you would like. On with the review …

Let us begin with one of my favorite bits of old D&D lore – the definitive statement regarding make believe:

“First, an AD&D magic-user is not a fighting class. He or she resorts to a dagger, dart or quarter staff as a last resort. His or her main interest (read, only interest) is magic.”

And now you know!

In “Make Your Own Aliens” by Roger E. Moore we have a nice set of table for making random alien species for Traveller. You don’t see too many “modern” issues of Dragon kicking off with articles for a non-TSR game, and there are more to come. As to the article’s utility, let’s make a random alien:

Our new species lives primarily on land. They have bilateral symmetry and one brain, so they probably won’t be too alien to us. Their brain is in a head, they have no tail and they have 2 feet (I’m starting to think I’m randomly creating human beings). They have 2 arms … but only three fingers and toes on each hand/foot. They also have plantigrade feet which are more like paws than human feet. These aliens are omnivorous hunters, so they are communal, cooperative and aggressive. They weight 50 kg (or 110 lb.) on average. They have no natural weaponry or armor and are covered with feathers or down. They are warm-blooded creatures, give live birth and have two sexes. Their primary sense is auditory, and unlike humans they have light-enhancing vision and heat-tolerant tactile sense.Their auditory organs on on their body rather than head. The roll of the dice say they don’t have any special abilities, but I’m going to roll one anyways and come up with a chameleon-like body covering.

Not too bad – quite a few rolls, but not too many. I’m deciding they are mostly covered with down that can change color to blend in with woodland settings. They have a mane of longer feathers around their neck, and this is what they hear through. I’ll assume they are a primitive people – something like bad-ass barbarians – who are hired as mercenaries by criminal types as body guards.

This article is followed by four more Traveller articles, including one by Marc Miller. Since I’ve never played the game, I can’t really tell you if they’re great or not, but if you play the game, checking out this issue may be worth your while.

At this point, it’s worth noting a couple ads of interest. The first is a sign that the big boys were getting interested in this weird D&D thing that was all the rage … Mattel’s Dungeons & Dragons game! It looks like a real hoot – just a wee bit before I was aware of the game, so I don’t remember seeing any. Alas.

Our next ad of interest comes from Mr. Arneson and Mr. Snyder – Adventures in Fantasy, a complete and consistent system of fantasy rpgs (no shot intended there, I’m sure). This is the second edition of the game, produced after Arneson bought back the rights from Excalibur Games using his settlement money from TSR. Ah – the drama of the rpg industry!

Up next we get back into D&D territory with William Lenox‘s Winged Folk, a new monster. They look like humans with wings, and they are essentially humans with wings with slightly better Hit Dice and AC. Great art with the article, though, and I like the bit about females have 1d4+1 carvings made from wood, gems, etc. Of course, there will only ever be one group of winged folk for me. 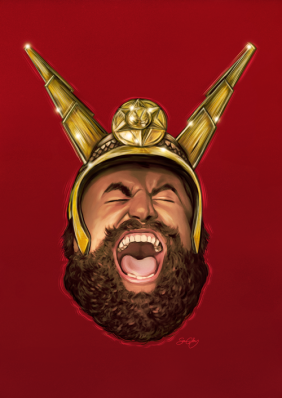 Hell yeah! These guys also get some info on being used as playable race, and honestly, the art by Todd Lockwood is pretty great.

Lakofka has an article about what it takes for a character to become 1st level. It gives some XP requirements to become 1st level, after going through a couple pre-1st level stages. Fighters, for example, can begin as 0-level recruits, then move on to becoming 0-level men-at-arms before finally becoming 1st level veterans. I think I like the level titles best (of course I would). It has a bit more about running 0-level characters – good stuff.

If you’re into RuneQuest, or just dig their rules for cults you should check out Eric Robinson’s “The Worshippers of Ratar” for an example of one

I know nothing of Metagaming’s MicroGame #2: Chitin, so I can’t comment much on the article “A New Breed of Bug” by Ben Crowell, but I do like the art by Paul Jaquays.

Up next are two articles addressing the Lawful Good alignment, and specifically how it impact paladins. This was always a popular topic in the old days – much argued over, much lamented. The prolific Roger E. Moore wrote “It’s Not Easy Being Good” and Robert J. Bezold added “Thou Shalt Play This Way: Ten Commandments for Paladins”. I can only imagine how many letters in subsequent issues of Dragon will address these articles.

If you like mini-games, you’ll like this issue, for it includes “Search for the Emperor’s Treasure”. It has a map and counters and looks like it’s lots of fun.

How about this questionaire in this issue’s The Electronic Eye? 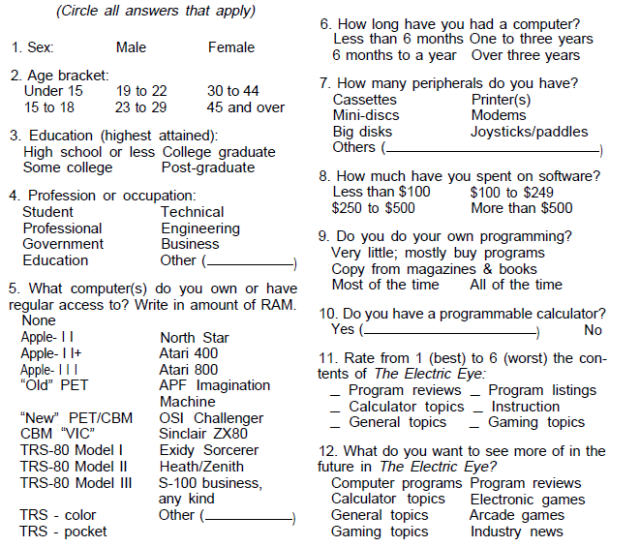 How many big disks do you have? Paddles?

Also, special mention for the most tortured spelling of “Basics” ever … 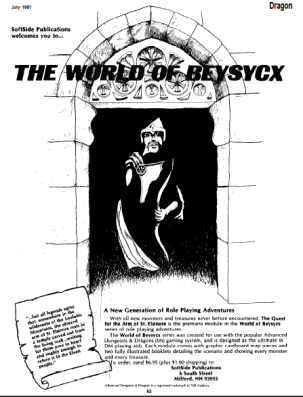 About the only reference I found was on the Internet Archive.

The winged folk were a bonus in this issue, because we still get a “Dragon’s Bestiary” by Mark Cummings. He created a fun monster called the Dark Dweller, close kin to trolls, but 1000 times better because of this …

Yep, they ride the Antrodemus dinosaur! Underground!! This issue also has stats for Pirahna Bats!!! Good for the DM, bad for the players.

All in all, I declare this a groovy issue, mostly for the monsters, all of which would have a place in my campaigns.

As always, I leave you with Tramp. 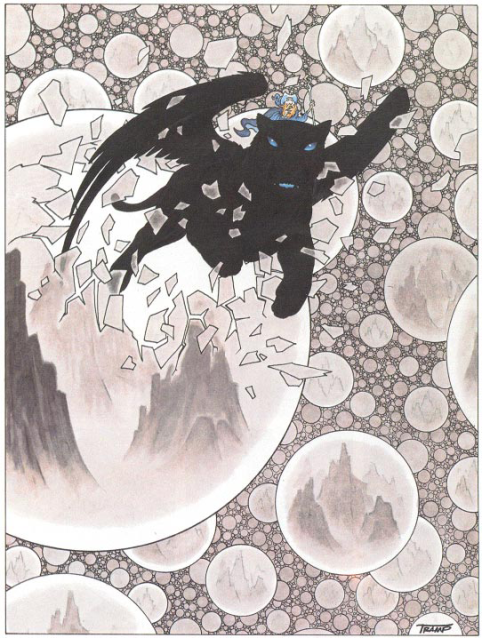 That Wormy will never be a theatrical animated film is really sad. Sometimes, stories don’t have happy endings.