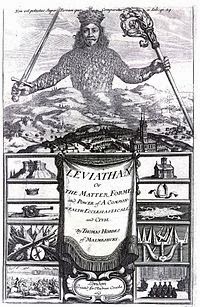 I like the idea of taking the building blocks of D&D and then twisting it around a bit. I did a post some time back about changing the planes into different time periods. In my own NOD setting, I combine the concept of the planets with the planes, and I put Hell smack dab in the center of the world, fueling all those evils that haunt the dungeons of the world.

Today I was thinking about the idea of the Leviathan, and it occurred to me that it might be interesting to combine a campaign world’s oceans with the concept of The Abyss – i.e. the plane of chaotic evil demons. The demons dwell in the absolute black, inky depths, and their minions occupy the continental shelves and lurk just beneath the waters that lap the shores of the world.

Imagine the place the evil sea races would hold in such a campaign world. They would be more directly the servants of Chaos (i.e. the Sea) in its war against Law (i.e. the Heavens), with the land the battleground between the two. Orcs, despite their presentation in Tolkien and thus D&D, seem to have had a connection to the sea in folklore, and it would be simple enough in a campaign world to make this connection more implicit – making them Chaos’ “beach head” against the air breathers.

Many myth systems personify Chaos and the Sea as one in the same entity, and make it the mother of monsters. In the old reckoning of the ancient Israelites, the land masses floated in the ocean, the Abyss, and this would place that cold plane of evil beneath the earth, and thus in a wonderful place to disgorge horrors into the equally inky black landscape of the campaign world’s dungeons.

7 thoughts on “The Ocean is the Abyss”