48.44 Crimson Fish: A small, enchanted stream runs through the jungle here. Whichever direction adventurers are traveling, the stream will present itself as an obstacle. The stream is clear and fresh, and filled with small, darting fish of a deep crimson hue. The watercourse looks about 4 feet across, but people who attempt to leap it will discover it is actually about 6 feet across. Folk who touch the water in the river will find themselves stuck fast in the water (a bend bars check is required to extricate oneself from the river) – attempting to pull a leg or hand out of the water is almost like trying to pull it out of a solid block of ice. When a person is stuck in the water, the crimson fish begin congregating and swimming in a counter-clockwise manner. In mere moments, they emerge as a single, large fish-thing, which moves toward the captured person to attack. The fish thing has razor sharp claws and teeth, and every drop of blood spilled in the river (a hit from the monster’s claws that deals more than 4 points of damage causes blood to flow) becomes one of the small crimson fish, which quickly merges into the fish-thing, healing it of 1 point of damage. If the fish-thing is killed, it collapses into its constituent fish, which rapidly dart away as the stream dries away into nothingness, leaving nothing but a patch of thick, sticky mud behind. 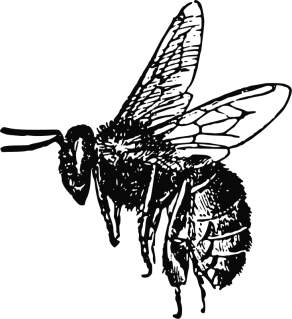 50.12 Land of Giants: The landscape here is dominated by massive hibiscus plants, with flower trumpets as long as two feet. Giant bees buzz around the flowers (1 in 6 chance per hour of encountering 2d4 giant bees), carrying nectar back to their massive hive near the center of the hex, which partially obscures a giant stone slab. The hive is only partially above ground, the remainder filling a number of tunnels. It is inhabited by 36 giant bumblebees, including their queen.

The stone slab that is partially obscured by the above ground portion of the hive measures about 25 feet tall and 10 feet wide. It is actually the top of a massive sarcophagus that has been dug into the ground. If one could remove the slab (they would have to first remove the hive) they would find the remains of an avatar of the goddess Oshun. The avatar has shown no decay, but it is quite dead and cannot be resurrected or raised (or turned into an undead). It is the size of a stone giant, and wears robes of silvery silk and turquoise beads (worth 7500 gp), a headress of silver, electrum and gold beads (worth 3,500 gp) and a gold and ruby ring on one finger (worth 800 gp). If any of these treasures are removed or other-wise molested, a deva will appear to punish the thieves.

52.09 Caravan Remains: This hex holds the remains of a camel caravan. Amid the smoldering corpses, one might find one intact pack that contains a small green bottle of garlic powder, a jar of sweet paste, a small chest containing chunks of dried beef, and several toasted strips of flatbread. In all, they have three days of rations.

52.33. Sea of Blood: The dry hills here become streaked with light grey granite, becoming more and more rugged until they finally become cliffs overlooking a vast, red lake. The people of Pwenet refer to this as the “sea of blood”, though it is actually just normal water tainted by vast iron deposits. The lake is sacred to Ogun. In the midst of the lake, about 500 yards from the shore, there is a granite stronghold on a small island. The stronghold looks as though it is precariously perched there, and might topple into the waters at any moment – though in truth it is quite sound. It consists of a medium-sized tower with a single entrance – an iron door – and a few windows on the upper stories.

The tower is deserted. Within, one finds the rooms filled with sculptures. The highest room, a sort of solarium, holds a half-finished statue of Oshun, the love goddess. Even in its rough state it is quite beautiful, and perhaps too good a likeness, for the sculptor, who now roams the place as a ghost, had his eyes burned out as punishment for daring to capture her likeness to perfectly in stone. The ghost, Lumbabo, generally avoids people, but does use its powers to create impressions in peoples’ minds of the sounds of hammers on chisels, or to make it appear that statues are moving and shifting behind them.

Males who gaze upon the statue of the love goddess must pass a Will save or fall under her spell. They will covet the statue above all things, and desire most of all to have it completed by a master scupltor. If more than one man becomes obsessed over it, it is likely they will fight to the death to possess it unless somehow restrained. Lawful and neutral characters can make a second will save (Lawful characters at a +2 bonus) to avoid killing a friend.