Just to get folks into the spirit of the time, here’s a list of some of the personalities active in 1800, with a few notations concerning the alternate history of the game.

Johnny Appleseed (Age 26) – John Chapman, A missionary from Massachusetts known for his planting of apple orchards in the Ohio Country. Follower of the The New Church of the Christian mystic Emanuel Swedenborg. 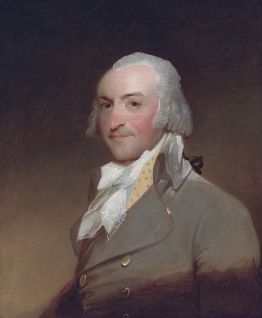 Jane Austen (Age 25) – English novelist, has completed Lady Susan, First Impressions and Sir Charles Grandison or the happy Man, a comedy in 6 acts and is working on Northanger Abbey. 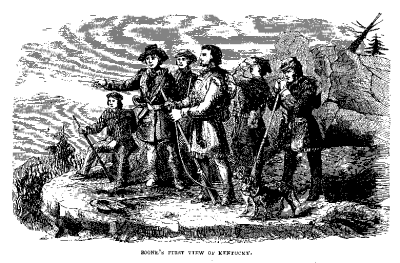 Daniel Boone (Age 66) – Old scout from the Transylvania Territory of Virginia and founder of the territorial capitol Booneborough, he has by 1800 moved into the French territory of Louisiane, to the Femme Osage territory and has hunted far into the “Mysterious Interior”

William Augustus Bowles (Age 37) – Also known as Estajoca, a Marylander who settled among the Muskogee of Florida and now serves as the leader of the Muskogee Republic.

William Clark (Age 30) – Soldier from the Transylvania Territory of Virginia.

Henry Clay (Age 23) – Lawyer and warhawk of Transylvania Territory, he accompanied Aaron Burr on his adventure into the west, helping establish the Texican Republic.

Count of St. Germain – An immortal alchemist who developed the elixir of life and wrote The Most Holy Trinosophia. Was known as Francis Bacon in 16th century England. 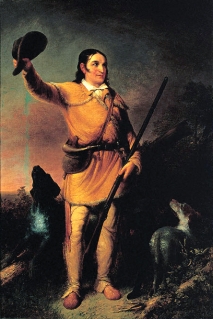 Davy Crocket (Age 14) – Young man from the Franklin Free State, by 14 he’s already spent a few years in the wilderness after running away from home over not going to school.

Louis Claude de Saint-Martin (Age 57) – French philosophe; in 1771 he left the French army to become a preacher of mysticism. His properties confiscated during French Revolution, he fled with the Queen and her son to Lousiane.

Mike Fink (Age 30) – “King of the Keelboaters”, born in Fort Pitt in New Netherland, he operates boats on the Ohio and Mississippi Rivers.

Simon Girty (Age 59) – Born in New Netherland, he and his brother were kidnapped and adopted by Senecas; Girty preferred the Native American way of life and dwells with them in the Ohio Country.

Inali (Age 54) – Also Black Fox, he is the brother-in-law of Dragging Canoe and chief of Ustanali town in the Cherokee Nation.

Incalatanga (Age 56) – Also Doublehead; feared warrior of the Cherokee during the Chickamauga War.

Andrew Jackson (Age 33) – A lawyer and politician dwelling in the wilds of Carolina’s western territory of Tennessee; soon to lead a Carolinian army against the Franklin Free Staters.

Thomas Jefferson (Age 57) – President of the Commonwealth of Virginia, he would like to see his country remain independent (i.e. he is an opponent of the unionists) and spread into the Illinois Country and beyond.

John the Conqueror (Age ???) – Also known as High John the Conqueror, John de Conquer; African prince sold as slave in America, he escapes and survives as a trickster figure. John fell in love with the devil’s daughter Eulalie.

Simon Kenton (1755-1836, Age 45) – Frontiersman born in the Bull Run Mountains in Virginia; fled into the wilderness of Transylvania at Age 16 because he thought he had killed a man. 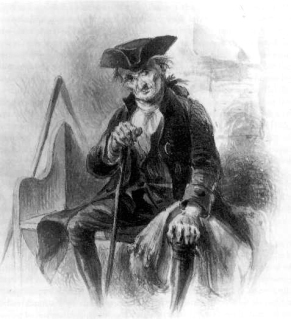 Konieschquanoheel (Age 75) – Also known as Hopocan or Captain Pipe, he is a chief of the Lenape and a member of the Wolf Clan. He was allied with the British during the revolution and attacks settlements in western New Netherland; eventually leads his people into the Ohio Country.

Jean Lafitte (Age 24) – Born in Saint-Dominque (Haiti); moved with his mother to La Nouvelle-Orleans after she marries merchant Pedro Aubry; explorer of the Bayou.

George Lisle (1750-1820, Age 50) – Born into slavery in Virginia, he was eventually taken to Georgia, he was converted to Christianity by Rev. Matthew Moore; freed by his owner Henry Sharp, he traveled to Savannah and founded a Baptist congregation. He migrated with the British to Jamaica to avoid slavery in post-revolution Georgia.

Little Turkey (Age 42) – Elected First Beloved Man by the general council of the Cherokee after murder of Corntassel in 1788; he is the Principal Chief of the Cherokee Nation. 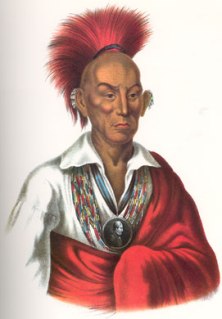 Samuel Mason (Age 61) – Virginian; Former captain of militia during the revolution; leader of river pirates and highwaymen on the Ohio and Mississippi Rivers. Presumably he has clashed with Mike Fink on more than one occaision.

Franz Mesmer (Age 66) – A German philosophe living in Paris, he theorized the existence of animal magnetism and other spiritual forces grouped together as mesmerism – his ideas led to the development of hypnotism by Scottish surgeon James Braid.

Zebulon Montgomery Pike, Jr. (Age 21) – A captain in the army of New Netherland, he is serving in the Ohio Country.

Nunnehidihi (Age 29) – AKA Major Ridge; Cherokee leader born into the Deer Clan in Cherokee town of Great Hiwassee. Grandfather was a highland Scot. He participates in wars against the Franklin Free Staters. 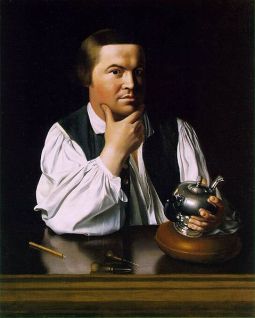 Benjamin Rush (Age 54) – Member of the Sons of Liberty and a Freemason. New Netherlander physician, writer, educator, humanitarian and Christian Universalist, as well as founder of Dickinson College. Opponent of slavery and capital punishment, the real Dr. Rush would be called on to provide medicines to the Lewis & Clark expedition, including Turkish opium for nervousness, emetics to induce vomiting, medicinal wine and 600 of Dr. Rush’s Bilious Pills – Rush’s Thunderbolts or thunderclappers – mega-laxitives containing 50% mercury.

Sacagawea (1788-1812, Age 12) – Shoshone maiden kidnapped by the Hidatsa and taken to their village in far northern Louisiane.

Sequoyah (Age 30) – Also George Guess; Cherokee silversmith. His mother was of the Paint Clan and his brother John Watts (q.v.).

Daniel Shays (Age 53) – Led a rebellion against the Commonwealth of Massachusetts over unpaid wages to veterans of the revolution. Pardoned by then Pres. Hancock, he now lives in New Netherland.

Venture Smith (Age 71) – African slave brought to America as a child; born Broteer Furro in Guinea, the son of a prince with several wives. He purchased his freedom in 1765. Dwells in New Netherland as a woodsman; over 6 feet tall, weighed 300 pounds and carried a 9 pound axe for felling trees.

John Stevens (Age 51) – Lawyer, engineer and inventor of New Netherland. Captain in the revolutionary army, he is interested in powering boats with steam engines. 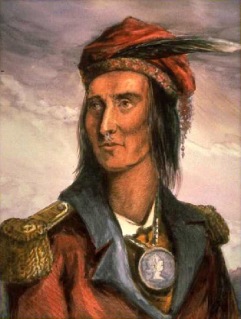 Thayendanegea (Age 57) – Also known as Joseph Brant; a Mohawk of the Wolf Clan, he dwells in Upper Canada and plots with the French to effect a revolution.

Mason Locke Weems (1759-1825, Age 41) – American author and book agent, a unionist who has written apocryphal stories of the men who fought the revolution; called Parson Weems. A Marylander, he now dwells in the Commonwealth of Virginia.

Eli Whitney (Age 35) – Inventor from Massachusetts, invented cotton gin in 1793 and is manufacturing muskets with interchangeable parts for the Mass. army.