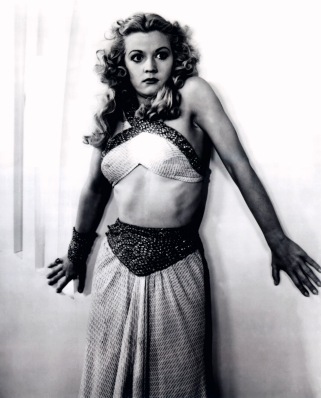 Still pondering Space Princess.By design, I want the game to very focused – group of heroes enter space fortress to rescue the “princess” (and “princess” here is a MacGuffin – it can be a prince, ambassador, secret plans to the Deathstar, the Space Emperor’s favorite potted palm, etc) and escape. That way, the game can serve as a core on to which new parts can easily be hung if they wanted to take it from being a beer & pretzels kind of game to being something more immersive.

The main focus for fantasy dungeon crawling is treasure and experience. In my rough draft for Space Princess, I’ve replaced those two goals with “find the princess”. The “princess” is the treasure. But players do like finding things when they creep through a space fortress (i.e. dungeon), so I think I’ll replace the traditional “gold pieces” with tech points. Different objects found in the space fortress are worth “tech points” that the scientist class can use to create inventions. I’m specifically thinking about Flash Gordon – Chapter 11, in which Dr Zarkov, who has been given access to Ming’s laboratories, whips up an invisibility ray that he uses to give Flash Gordon an edge, or episodes of Star Trek in which Spock has to rig something up by stripping the parts out of their communicators or phasers.

The fun would be that unlike gold pieces, tech points aren’t “things” in an of themselves. That means all the “treasure” (wow, I’m using lots of quotation marks in this post) would be in the form of old ray guns (worth 5 tech), robot parts (worth 10 tech), crates of diodes (worth 15 tech) – etc. With enough tech points, a scientist could attempt to create a new invention – maybe 100 points of tech to create a 1st level invention, with extra tech put into the effort giving him a bonus on his roll.