Chris Burdett just posted his interpretation of the rust monster. Posing the question “What kind of monster has a propeller tail?”, he decided it had to be some arcane-mechanical creation. 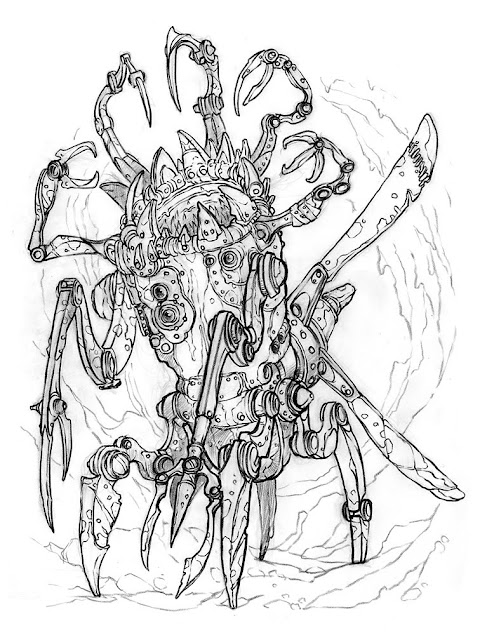 I thought it was a very creative interpretation of the original, so I had to share for the benefit of folks not following his blog (and if you’re one of them, what are you waiting for – follow him already!)

Articles I’m pondering or working on – Gods of Mu-Pan (of course), Seven Samurai (a run-down of seven famous samurai from Mu-Pan, along with some ideas on customizing the class) and the Mechanicians, a new race/class for Pars Fortuna. Stay tuned, gentle reader.