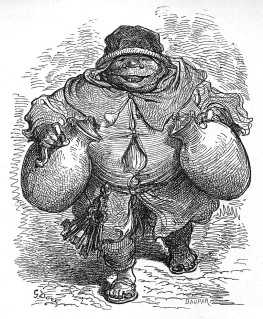 A. River of Death
By the time the River of Death flows into the marshes, it divides into numerous channels both big and small. Ibis is built on the banks of the largest channel at a place where the land rises about 15 feet above the surface of the river. The river here is black with sediment and its banks are choked with papyrus reeds and inhabited by crocodiles and hippos. An ancient nixie dwells in the river, seducing men and then drowning them when they attempt to embrace her.

A1. Smuggler’s Tunnel: A tunnel here is obscured by reeds and barred by a locked grate. The tunnel allows enough room for a man in a rowboat or on a raft to pass through without scraping his head. The tunnel leads to a small loading dock with a locked door. The door opens into a secret room in the cellar of the House of Three Leopards [1].

B. Road of Kings
The Road of Kings extends from the northern gate (the Thoeris Gate, named for the giant statues of the hippo-headed goddess that flank it) to the Gate of the Moon that opens to the west. Along most of its length it is paved in dingy limestone and cut by wheel ruts. In several places (such as [13] on the map) it is marked by a deep, open sewer with small drainage tunnels that lead to the River of Death and are known to harbor the city-state’s ghouls.

To the north on our map, the Road of Kings passes by the Nomarch’s Palace, a large fortress and the city’s treasury. To the west, it leads to an industrial area of tanners, phosphorous makers, smiths, dye shops, shipyards, stone cutters and an orichalcum foundry.

Crowds: During the day, the Road of Kings is crowded with artisans, beggars, townswomen and other folk just going about their business.

Nomarch’s Palace: The nomarch’s palace is a sprawling complex of dozens of buildings (guest houses, barracks for the Mameluke guards), mostly faced by white marble, and gardens (kitchen, medicinal, orchards and pleasure gardens). The entire complex is surrounded by a 20-ft tall wall patrolled (inside and out) by Mamelukes (see below) who are sometimes accompanied by chained leopards. A small portion of the gardens appears on the map [20].

The main structure of the palace is a three story rectangular building comprising over 200 chambers, including a shrine of Bast, guest rooms, a massive throne room, chambers for the nomarch and her ladies in waiting. major domo and other servants.

Merchant Stalls: There are 16 merchant stalls on the portion of the Road of Kings on this map. It is rare that one is closed during the day (1 in 20 chance). In general, assume that a merchant has what a player is looking for on a roll of 1-4 on 1d6.

B1. Bes the Spice Merchant (2 hp) offers a small variety of spices. He charges double the normal price for his spices, but they are of the best quality and are double-wrapped in cheese cloth. Bes is a drowsy man (his wife keeps him awake all night with her snoring) with very dark skin and a bald head.

B2. Mukamutara (4 hp) is a grouchy old woman with beady eyes and a perpetual sneer. She always has a bright green parrot on her shoulder. Mukamutara is a witch of some minor ability, and sells magical charms and protective amulets. Her charms are of very high quality (10% chance of actually working) and go for 10 gp for a basic love charm to 100 gp for an amulet that protects one from possession by evil spirits. Mukamutara has a problem with men, and charges them triple what she charges women.

B3. Astennu (2 hp) is a nervous, chubby little man who designs and sells a wide variety of turbans and hats. His hats are mediocre, but his prices are a bit steep. Astennu keeps five ostrich feathers (worth 5 sp per feather) under his counter. He also sells a balm made from beeswax and other secret ingredients that he claims cures the gout (or any other complaint a customer might have, including mummy rot! Of course, it has no curative abilities).

B4. Tumaini is a retired adventurer who sells adventuring supplies (rope, torches, 10-ft poles) and maps (he has one that he claims leads to Necropolis, and another to the ruins of Timulus). His prices are quite reasonable and of good quality. Tumaini has a booming voice and is tall and muscular. He would be quite handsome if not for the gaping scar across his face and his glass eye (which always seems a bit off-kilter) received in battle with a wyvern.

B5. Raziya (2 hp) is a trader who once plied the length and breadth of Nabu, Pwenet and the Wyven Coast. She is now too old to run a caravan, but her three sons have taken over the business and keep her supplied with a miscellany of armor and weapons. Currently, she is hawking a set of polished bronze greaves, a suit of armor made from bulette hide and a suit of full plate mail that bears the mark of Guelph and is thus of the highest quality (though it smells like something died in it – which is accurate). Raziya is quite greedy, but has a soft spot for a handsome man. She wears loose silk pantaloons of blue and yellow, a purple bodice set with tiny pearls (really alabaster) and a billowy chemise of peach and green.

B6. Nassor (3 hp) is a dour man with a booming voice who calls out “Bows – Bows – Finest on two continents!” as he works on a short bow of laminated horn. He currently has three short bows and two long bows ready to go, along with two dozen arrows of various weights and lengths and a few bow strings. Nassor’s bows look good, but are not of the highest quality (-1 to hit), though they are sold at half-price. He likes to gossip, and seems distressed (he owes money to the local thieves’ den).

B7. Gahiji is a pleasant little man with a round belly and several jiggling chins. He dresses in a simple white robe and adorns himself only with a band of iron on his left pinky. Gahiji has a sallow complexion and dirty blond hair. He is a necromancer of middling abilities who sells minor enchanted items (potions, scrolls, maybe a magical dagger or amulet) taken from tombs and burial sites by the city-state’s ghouls. Roll three minor magical treasures for Gahiji’s stand, and allow for a 10% chance that he has a medium magic item and a 1% chance of a major magic item. Minor items usually sell for around 1,000 gp, medium for 5,000 gp and major items for 10,000 gp.

B8. Nuru (1 hp) is a stone carver who produces little idols of Bes from soapstone and (1% chance) more valuable materials like turquoise, lapis lazuli or alabaster. Her partner, Shabat (COM 3 hp), is an excellent cook who sells humus and cold vegetable soups from the same booth. While Shabat is rather petite and plain, Nuru is more heavy-set and a bit androgynous with her short hair and baggy clothes. Her idols are of average quality, but she sells them at a dear price. Bartering annoys her.

B9. This raucous booth is filled with a dozen squawking birds (parrots and a macaw) and a few yapping little dogs. The animals are trained by Zesiro, a loud, obnoxious woman who loves to haggle.

B10. Kamilah is a rather mannish-looking woman (maybe an exiled amazon?) who runs a booth selling crossbows of excellent quality and, for those who know the thieves’ cant, concealable weapons like spring-loaded daggers and slim swords hidden in walking sticks. Kamilah is cheerful and loves to barter. Those who get the best of her are usually invited to the Spotted Sphinx for a drinking bout that might last long into the night.