Pars Fortuna began life as a question that struck my brain while under the effect of a slight fever. What if you took the Swords and Wizardry rules and threw out all the races, classes, spells, monsters and magic items that we all know and love and replace them with ones generated randomly via sites like Chaotic Shiny, Seventh Sanctum or Abulafia?

Once I got going on this little experiment, I decided it might also be fun to throw in some alternate rules and make Pars Fortuna into a toolbox for customizing a fantasy game. To that end, I inserted an alternate spell casting system, encumbrance rules and rules for weapons and armor. The result was a game largely compatible with Swords and Wizardry and other old school clones (and their originals) but with a fun twist.

Pars Fortuna is playable as is, or you can take the elements you like and insert them in your own campaign.

Pars Fortuna comes in two forms, the free basic rules and the complete rules, which can be purchased at Lulu.com. If you’ve really become a fan of the setting (or just like the art) you can purchase t-shirts as well. 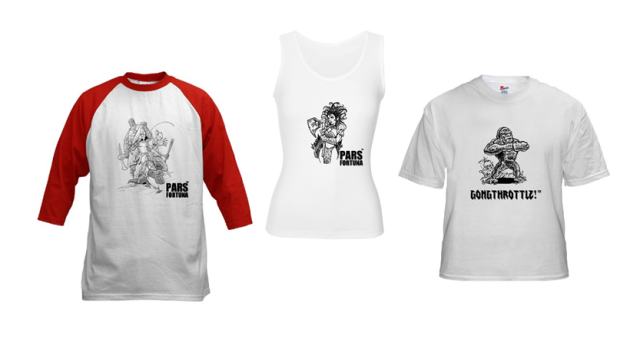