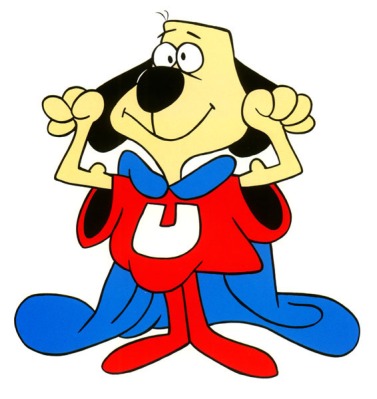 Okay, I said I would hit this yesterday, but then I remembered that I had a review ready to go and I didn’t want to delay. So sue me.

Underdogs – I defined them last time around, but for a refresher, an underdog is a character with ability scores that total 18 to 54, and who must have one ability score no higher than 6. Frankly, these folks shouldn’t be adventuring – OMG no ability bonuses! – but back in the day (when there weren’t ability bonuses, and even when there were), I’m sure many of them did adventure and probably survived about as long as their more generously endowed comrades (read that however you like).

So, what can we do, mechanically, beyond the stats, to make these characters more fun and interesting. I definitely do not want to just make up some bonuses to throw around – i.e. roll ability scores with no bonuses and get some anyways – so what to do? Well, here are a few ideas:

1. All Honor to the Underdog

Underdogs are normally going to follow a strategy of staying out of the way as long as possible. Let the others do most of the work, take a share of the experience and treasure, and live to fight another day. In movies, though, the underdog is usually set up to be the secret hero, striking at just the right moment to win the day. What if, when an underdog applies the final blow to the foe, or the underdog’s player solves the riddle or figures out the trap, the underdog gets all of the experience points for that challenge. This gives the underdog a great reason not to hang back all the time, cheeses off the other players (always good for the GM) and gives a mechanical boon without it really offsetting the underdog’s challenges.

What if, whenever the above scenario happens, the underdog can forgo the experience (it is divided among the others), and instead increase an ability score. Maybe the underdog isn’t the hapless twit or sniveling weakling he at first appeared. Of course, there are a few provisos and quid pro quos here. The underdog only gets to raise one ability score, ever – if he chooses Strength, he’ll always be raising Strength. Moreover, he can only raise this score to a maximum of 13, and once it has hit 13, he’s no longer an underdog.

3. Root for the Underdog

Instead of (or in addition to?) the above, maybe the other players can lend the underdog a hand – after all, everyone roots for the underdog, right? During play, a player can lend the underdog their own bonuses, losing those bonuses either for the duration of a combat (if they’re in a combat) or for the remainder of the day (if we’re talking about saving throws or skill rolls and such). Naturally, this creates a much different group dynamic than 1 and 2 above.

Well – three ideas for the underdog. I’ll be in the air tomorrow and away from my computer, so no Friday post. But Saturday I’ll ruminate on the Everyman and see what we can do for them. I might also post an old class I invented called … The Everyman. If I can find it, that is.

3 thoughts on “Underdogs in RPG’s”