Hopefully I’m not too late for this one, since I only just found out that today (I’ll keep that term vague so as not to incriminate myself) is Will Eisner’s birthday. Eisner certainly elevated the comic book medium and he produced some truly wonderful art. His most famous creation is probably The Spirit. The Spirit is a noir detective in a domino mask (Eisner’s boss wanted a costume, and Eisner was sick of costumes, so he gave him a mask). Put in suspended animation by Dr Cobra, he was buried but managed to escape his internment. He decides to abandon his old identity and, with the blessings of Police Commissioner Dolan, an old friend, becomes a vigilante.

The Spirit holes up in a secret hideout underneath his own grave. Over the course of his adventures he tangles with femme fatales, a mad scientist or two and The Octopus, his arch-enemy and a master of disguise. His primary sidekick is one Ebony White, an unfortunate racist caricature in appearance and speech, who otherwise proves to be well loved by his allies and a true friend and helper to the Spirit.

As a Mystery Men! character, the Spirit is a good example of a non-powered adventurer, thus the low starting XP. Despite not technically having any powers, he certainly manages to survive some rough scrapes and shows some keen detective skills, thus the heroic attributes. 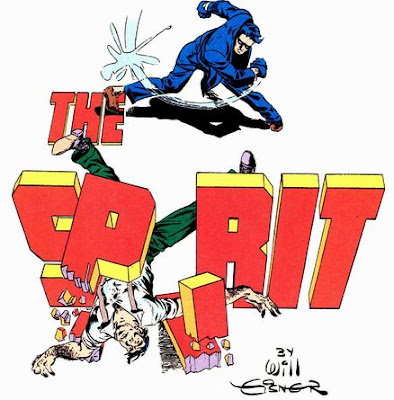